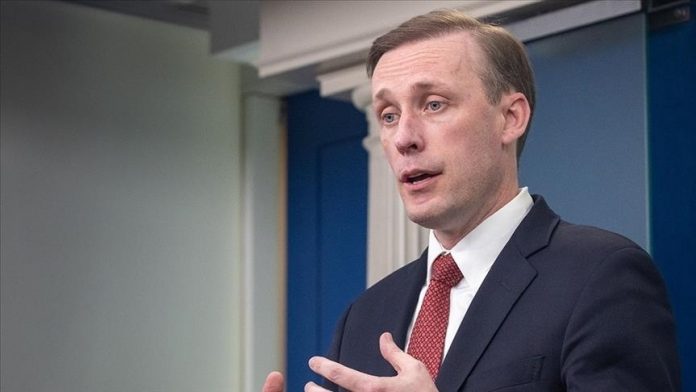 Somali Magazine -In the hours following the Turkish president’s announcement of the prisoner exchange between Russia and Ukraine, the US thanked Turkey for its assistance.

President Joe Biden’s National Security Advisor Jake Sullivan posted on Twitter, “I would like to thank the Turkish government for helping facilitate the exchange of prisoners between Ukraine and Russia, building on their leadership on the grain deal.”

His tweet came after President Recep Tayyip Erdogan declared that 200 prisoners had been exchanged between the two countries as a result of diplomatic efforts and mediation by Türkiye with the two leaders.

The prisoner exchange facilitated by Turkey, according to Erdogan, was a “important step” toward putting an end to the two nations’ war, he told reporters in New York City.

He claimed that ongoing efforts are being made to bring Russia and Ukraine to peace.

The president added, “I would also like to thank all my friends who contributed to this process,” after thanking his counterparts in Russia, Vladimir Putin, and Ukraine, Volodymyr Zelensky.