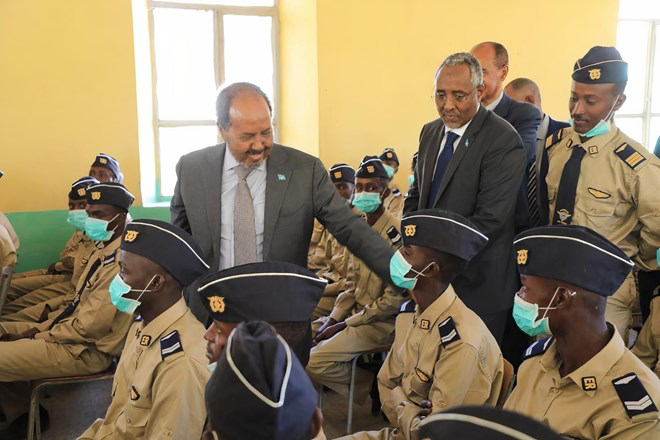 Somali Magazine -On Friday, Somali President Hassan Sheikh Mohamud paid a visit to Somali soldiers who had finished their military training in Eritrea.

At least 5,000 Somali trainees were covertly sent to Eritrea for training that will start in the middle of August 2019 and last until June 2020.

According to the Eritrean Ministry of Information, he remarked, “Eritrea feels honored and proud to help in educating and constructing the Somali national army.”

President Mohamud vowed that the troops will soon return home to take part in the battle against al-Shabaab fighters during a previous visit to Eritrea in July. He didn’t give a specific date for their return, though.