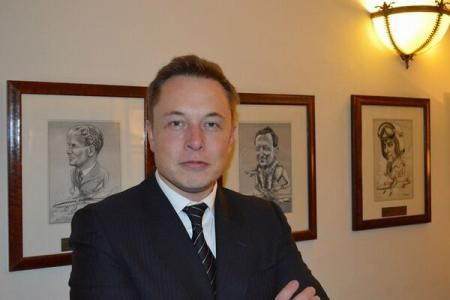 The drama-filled months are over, and Elon Musk now declares that his $44 billion (£38 billion) deal to acquire Twitter is final.

Naturally, he made the big announcement on Twitter itself, changing his bio to read “Chief Twit,” and stating that “the bird is liberated.” He considers the job to be finished.

There hasn’t yet been an official confirmation, and Twitter HQ has been utterly silent about it.

However, given that Mr. Musk is said to have already fired the company’s chairman Bret Taylor and chief executive Parag Agrawal, as well as chief financial officer Ned Segal and legal and policy executive Vijaya Gadde, possibly no one is available to deliver that email.

In a letter posted on the website on Thursday, Mr. Musk addressed potential advertisers in an uncommonly humble manner. In it, he stated that he had purchased Twitter in order to “attempt to serve humanity” and that he desired for “civilization to have a digital town square.” He acknowledged that his mission might not succeed.

He may plan to continue with Twitter’s digital advertising business model at least for the time being based on the fact that he wrote particularly to individuals who advertise on the platform. The global economic slowdown is biting, and businesses are finding themselves with less money to spend on marketing, despite the fact that this revenue is starting to decline for giants like Alphabet, the owner of Google, and Meta, the owner of Facebook.

He has previously made dramatic statements about wanting to loosen restrictions so that more views can be heard (Twitter has long been accused of favouring left-leaning, liberal messages, which it denies).

Could he decide to reinstate any of the more contentious tweeters who were previously banned by the previous administration, such as his friend Kanye West or former US president Donald Trump (who has previously stated he has no desire to return)?

I’m not certain. The platform must remain “welcoming,” must adhere to national laws, and must not turn into “a free-for-all hellscape,” according to Mr. Musk’s new, more constrained vision.

West was expelled due to anti-Semitism, while Mr. Trump was “permanently suspended” due to encouraging violence. This makes me think of a hellscape.

Twitter has consistently refuted Mr. Musk’s assertions that the company’s official statistic for the number of spam and bot accounts is substantially too low. Mr. Musk has railed against the spam and bot accounts he thinks clutter the site. He could issue a mass cull, although that might not be the most popular course of action since it will likely have an impact on everyone’s crucial follower counts.

His claim that his new business will launch “X, the everything app” is possibly the most fascinating hint he has given thus far. He hasn’t clarified that, but many have hypothesised that he’s talking to the development of a “super app” similar to WeChat in China, which would serve as a one-stop shop for social media, texting, finances, and food orders—basically, daily life administration.

Although one could argue that Facebook Messenger and even Meta’s WhatsApp are subtly evolving into services with various functionalities, the West still lacks such a thing.

Mr. Musk has made no secret of his love for cryptocurrencies, and Binance, the biggest cryptocurrency exchange in the world, is a proud investor in his vision (according to the press release I received just after 05:00 BST).

Could Twitter be set up to allow companies to take payments in cryptocurrencies? That would be a hit with crypto enthusiasts and a nightmare for those who caution that crypto is still a risky choice because it is unregulated and, as a result, unprotected in the event of a catastrophe.

We do know a few things about Mr. Musk, including his visionary, erratic, ambitious, and creative qualities. Changes are coming, we can almost assure it, and some Twitter followers have already expressed concern that it will turn them off.

Long before the slogan “expectations vs reality” became popular, internet investor Peter Thiel quipped, “We wanted flying automobiles, but instead we got 140 characters.” We could very well receive both from Mr. Musk.