Why is the EAC so eager to welcome Somalia into the regional organization? 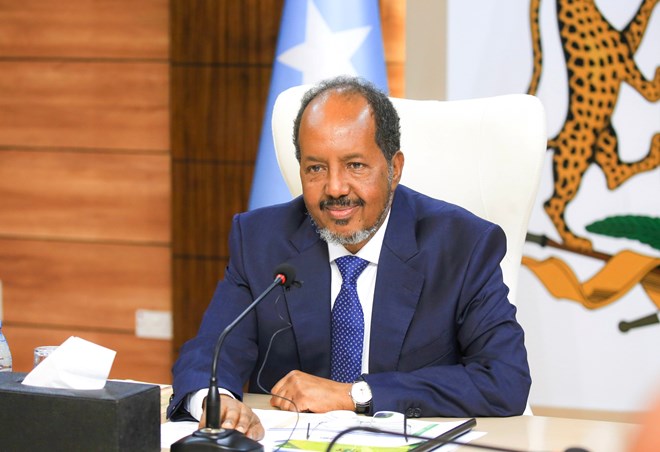 Somali Magazine –Arusha. The East African Community (EAC) is eyeing one of Africa’s longest coasts after connecting the Indian and Atlantic oceans through the accession of DR Congo.

The push to admit Somalia to the bloc intends to dominate the Horn of Africa coast line, which is abundant in fisheries.

The long Indian Ocean/Red Sea corridor that connects the EA region to the Arabian Peninsula is regarded as a thriving commercial zone.

“It would offer enormous benefits to the EAC through the utilization of Somalia’s blue economy resources such as fish,” said Peter Mathuki, secretary general of the EAC.

Somalia has the longest coastline in continental Africa, stretching 3,300 kilometers, with diverse waters that are home to schools of various fish species.

Yellowfin tuna, blue marlin, dolphin fish, sardines, and many other species have a high chance of success.

Although it was formerly linked with piracy by boat-borne criminals, the coastline now serves as one of the primary maritime routes around Africa.

Dr. Mathuki, addressing at a recent EAC staff retreat in Kenya, emphasized that Somalia’s inclusion would be in the bloc’s economic interest.

Aside from being one of the most populous countries in terms of livestock, geology implies that Somalia may contain lucrative mineral reserves.

Dr. Mathuki, who successfully lobbied for DR Congo’s inclusion in the EAC, believes Somalia’s entrance to the seven-nation bloc is only a matter of time.

A verification team will be sent to Mogadishu as soon as possible to examine the country’s readiness to join the Community.

“The verification mission will be visiting Somalia from the end of this month (January),” he told Machakos county staff recruited from EAC organs.

This was the directive of the EAC leaders, he said, who backed the country’s entry at their last summit in Arusha in July last year.

Somalia believes that its membership in the Community will benefit East African economies, particularly the blue economy and cross-border trade.

President Mohamud informed the EAC team that his country, which shares a long border with Kenya, was already connected to the region via various industries.

However, unlike the case with the Democratic Republic of the Congo last year, Somalia’s entry may not have a significant impact on regional politics.

Somalia, with a surface size of 634,657 square kilometers, will be the fourth largest country in the world behind the Democratic Republic of the Congo, Tanzania, and South Sudan.

Its 17 million population is somewhat larger than that of Rwanda and Burundi, both of which joined the ‘original’ EAC in 2007, paving the path for further governments to join.

The economy of the country is not only one of the poorest on the continent, but it is also poorly formalized due to the structure of governance.

The GDP (purchasing power parity) of Somalia is projected to be $20.6 billion, whereas the nominal GDP is only $5.2 billion.

In general, Somalia fits several conditions for membership in the Community, such as closeness to the current EAC.

Others include its interdependence with the EAC partner countries and its role as a market-driven economy.

As a trading partner, its potential contribution to the EAC’s strengthening is unlikely to be questioned.

The other essential factors, on the other hand, would be heavily influenced by the country’s existing condition of instability and governance.

According to the EAC Treaty, a foreign country wanting to join the bloc must follow universally accepted norms of good governance.

This is linked to commitment to democracy, the rule of law, and the respect for human rights and social fairness.

That will primarily depend on the EAC verification mission’s arrival at Mogadishu’s Aden Abdulle International Airport later this month.

However, the EAC chief is convinced that the country in the Horn of Africa would meet all of the conditions and join the union.

“The first problem that we will strive to solve during the negotiations is security,” Dr Mathuki stated to journalists in Machakos.

He stated that the EAC’s expansion would help the people of the region as well as the economies of their respective countries.