Why you should care about Somalia’s first cheesemaker? 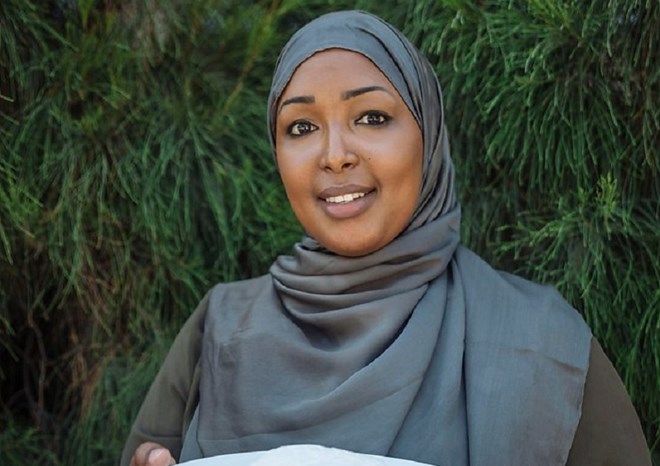 Samira Mohamed Abdirahman fled Somalia at the age of 14 in order to flee the country’s civil turmoil and start a new life. She relocated to Sweden, where she resided for more than two decades.

With the seeming restoration of normalcy in Somalia, Samira joined the hundreds of Somalis in the diaspora who have returned home to help rebuild the country. She returned to find a country in the midst of a lengthy battle, a collapsing economy, and a lack of successful small companies.

“There is a lot of negative publicity about the situation in Somalia. Many think it’s all gloom and doom. My challenge to my country men in the diaspora is that let them take one week off, just to come and have a look around town. There are myriads of opportunities and only those who take the risks will make it big”, she was quoted by The Somalia Investor.
She continued: “We know Somalia is broken and it needs fixing, everybody has a chance, however small to do their part in the long run the returns will be huge.”

Focused and determined, Samira decided to try cheesemaking. She found limited access to cheese as they were imported. But before starting her business, she and her father attended apprenticeship in Sweden to become cheese artisans.

Samira subsequently started a cheese business with her father in Somalia, and she became the first cheesemaker in the troubled country. Her company, Samira Soomaal, became the only manufacturer of diary products such as cheese, butter, and yoghurt in Somalia.

“Somaal means bring the milk from the animal, so when you bring milk [by] the hand it means Somaal. And I think the beginning of the name Somalia is coming from (the word) Somaal,” she explained.

Samira said she sources milk from local farmers and has built a small production facility operating in Mogadishu.

She said she was looking at opening a second outlet in the Somali capital and other regions of the country following the success of her venture. The mother and businesswoman was also mulling exporting to Kenya.

Starting a cheese business and staying relevant is not easy. The beginning was challenging for Samira as she faced frequent blackouts and had to pay more for electricity. These challenges, Samira noted, ruined her efforts to produce in large scale and allow the consumers to benefit from the economies of scale.

“When I cannot produce in large scale it means the per unit cost is high. That means I have to pass on the cost to the consumers. But I am still glad that we have been able to build a robust consumer base which has been able to keep me in business,” she said.

Getting qualified staff was another challenge she faced, in addition to importing literally all the machines she needed to start production.