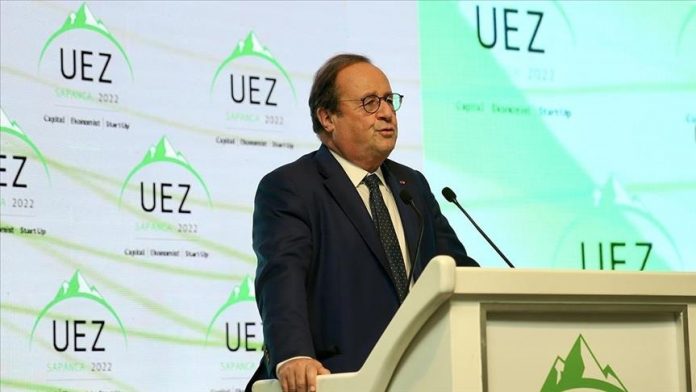 Francois Hollande, a former president of France, predicted that the Russia-Ukraine war would halt but not end this winter.

Hollande expressed his uncertainty about the possibility of new circumstances in the spring at the Uludag Economy Summit.

Will Vladimir Putin want to end his isolation on the global stage, or will he act in a different way? He queried. “After the first Ukraine war in 2014, I anticipated an attempt, either directly or indirectly. Specifically, to impose Russian dominance over Ukraine. Instead of lasting a few weeks as expected, the war will last for several months. Because it is still necessary to establish the fundamentals before a discussion can start. Starting up will take a lot of time.

Türkiye benefits from its location given that

According to Hollande, trade will always exist in the world and many nations want to keep it that way.

He noted that since consumption centres are getting closer to where activities are taking place, Türkiye had an advantage due to its geographic location.

“In Türkiye, a wide range of activities are available. In Asia or other countries, the majority of these activities have already been completed. This situation presents a significant challenge to Europe. Both unity and change are present “said he.

“We didn’t realise how much planning went into the Prague gathering. Europe requires a broad framework and diverse geography, such as a common currency, to be able to handle all of the challenges that lie ahead. Turkey should take this into consideration because Europe is where it will spend its future “Hollande was added.