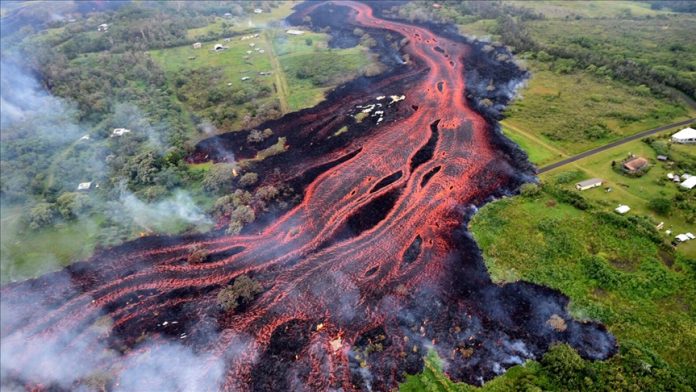 The biggest active volcano in the world, Mauna Loa, started erupting over the weekend, leading officials to open shelters on Monday “as a precaution.”

The Big Island of Hawaii’s volcano has not erupted since 1984, when it produced lava emissions that lasted for more than three weeks.

According to the Hawaii Emergency Management Agency, there have been indications of lava starting to overflow around the southwest edge of the caldera, the volcano’s vast hollow bowl.

Even said, the agency claimed that there are currently no signs that the lava is posing a threat to populated areas and mentioned the absence of any evacuation orders.

A warning of ashfall has been issued for the Big Island and the nearby waterways. The National Weather Service advises anyone going outside to use a mask or cover their mouth and nose with a towel, as well as to stay indoors and avoid breathing ash particles if they have respiratory conditions.

“Possibility of crop and animal damage. Infrastructure and equipment only slightly damaged. diminished visibility Widespread cleanup could be required, “It was awful.

The Hawaiian Volcano Observatory issued a warning about the eruption, which started around 11:30 p.m. Sunday night inside Hawai’i Volcanoes National Park.

According to previous occurrences, “the location and advance of lava flows can alter rapidly during the early phases of a Mauna Loa eruption.” “Lava flows will probably be contained within the caldera walls if the eruption continues in Moku’weoweo. Lava flows, on the other hand, could proceed quickly downslope if the eruptive vents migrate outside of its boundaries.”