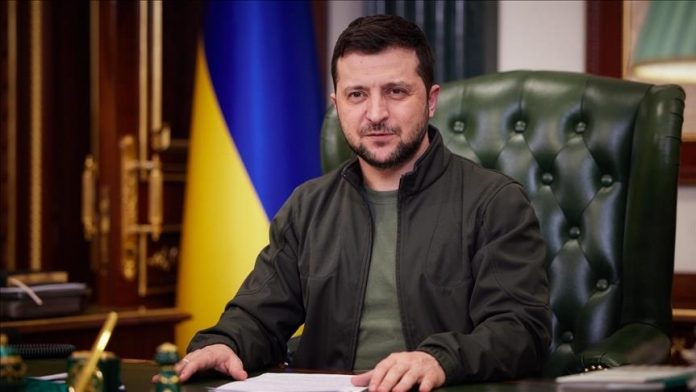 Late Saturday, Ukraine’s president ordered his European “partners” to send 1% of all NATO planes, tanks, and armament for the country’s protection.

In a video message, Volodymyr Zelenskyy spoke about enhancing the “shared security” of all European countries, emphasizing that the “price of this security” for Ukraine includes planes, tanks, anti-missile defense systems, and anti-ship armament.

“This is what we have with our partners. This is what their storage facilities are covered with dust. After all, this isn’t just about independence in Ukraine; it’s about freedom in Europe. Because it is unacceptably dangerous for everyone on the continent if the Baltic nations, Poland, Slovakia, and the whole of Eastern Europe are threatened by Russian invaders, “he stated

“Is it still Moscow because of intimidation?” Zelenskyy asked, when asked who leads the Euro-Atlantic community.

He emphasized that the “partners” must increase their support to Ukraine since it was a question of European security.

Thanking the Ukrainian Armed Forces, all defenders, and the National Guard, Zelenskyy noted that for more than a month, everyone in Ukraine has been united and putting all of their energy to the protection of the country.

The country’s leader praised the defenders of the besieged city of Mariupol in southern Ukraine for their determination, valor, and resilience.

He spoke twice with Andrzej Duda, his Polish counterpart, about persons seeking refuge in Poland and the need to strengthen “shared security” for all Europeans.

a common sense of security

On Saturday, Zelenskyy spoke with his Polish counterpart Andrzej Duda twice about persons seeking refuge in Poland and the need to reinforce “shared security” for all Europeans, according to Zelenskyy.

He claimed the top Ukrainian delegation had met with their American counterparts earlier in Poland, where they were joined by US Vice President Joe Biden.

“According to what I was told, the negotiations focused on these critical interests that I outlined before. While this ping-pong continues, I’m concerned about what we actually need: who should give us planes and other protective capabilities, and how. Shotguns and machine guns, which are in short supply in Ukraine, are unable to fire down Russian missiles “he stated

Mariupol will be “difficult to unblock” without more tanks and armored vehicles, according to Zelenskyy.and aircraft, and there are many civilians who are dying in the blockade.