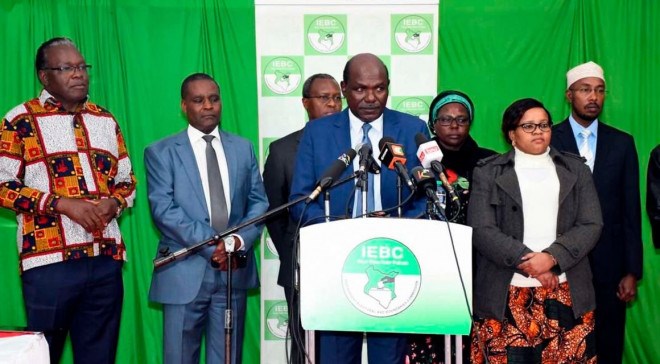 The last groups of international observers are arriving in Kenya in the final two weeks to the Aug 9 elections as political candidates drum up support for votes in the poll that will see a new president get elected.

Speaking in the Kenyan capital Nairobi on Friday, Ellen Dingani, head of the African Union observatory mission to Kenya, said this year’s elections are highly contested and involving diplomatic missions will help maintain peace during and after the polls.

The AU Commission has deployed an international election expert mission to Kenya comprising experts from eight core teams. The delegation is tasked with following up on electoral preparations, assessing political dynamics and genuine competitiveness, and maintaining regular contact with national and international stakeholders before, during and after the elections.

“We have brought these stakeholders to understand the steps Kenyan agencies are taking to mitigate special risks ahead of the general election,” Dingani said during a panel discussion with representatives of state agencies involved in the electoral process.

“As the African Union, we have diplomatic missions in Kenya who will be watching over this election. This is a hotly contested election and we will work with all parties involved to ensure that there is a peaceful election.”

The AU said it will send in its last team of observers a week before the polls to reinforce the advance party that arrived late last month. The AU mission is made up of delegates from the Common Market for Eastern and Southern Africa, Intergovernmental Authority on Development and the East African Community.

Gearing up for elections

The European Union has also deployed 48 long-term observers in 39 counties across Kenya in preparation for the August general election.

During the launch of the EU observer mission on July 16, Josep Borrell, high representative of the EU for Foreign Affairs and Security Policy, said the mission is the fifth observation mission to Kenya since 2002.

“The forthcoming general elections in Kenya will be crucial for citizens to determine what future lies ahead for electoral stakeholders to showcase their commitment to democracy, with fair competition among candidates in peaceful elections and for the region at large to promote stability,” Borrell said.

An even larger team of election observers drawn from local civil society organizations has also been on the ground much longer. Kenya has an established tradition of regular and competitive elections and constitutional term limits.

The plebiscite in August will be the fifth presidential elections since the introduction of multiparty politics in 1991. Incumbent Deputy President William Ruto and former prime minister Raila Odinga are the main presidential contenders in the race that has four candidates.

Uhuru Kenyatta, the incumbent president who is nearing the end of his second five-year term, is constitutionally barred from seeking another term.