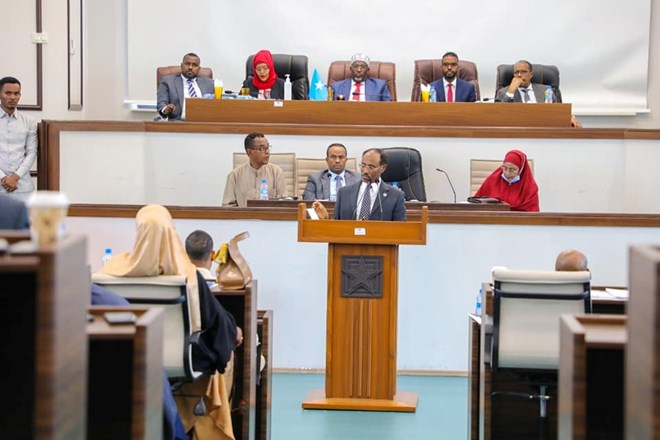 The third reading of the 2022 budget will take place on Thursday in Mogadishu during the third straight joint session of the Somalian parliament.

During their discussion of the yearly budget report, parliamentarians questioned departing finance minister Abdirahman Duale Beileh. The ministry was accused by the lawmakers of failing to provide audits to the legislature over the previous four years. The minister disagrees, claiming that although the audits were prepared and presented to the 10th parliament, they were not accepted.

The Speaker of the Upper House of the Federal Parliament, Abdi Hashi Abdullahi, disputed with the minister’s claim and claimed that the Upper House had not received a budget report or approval. But the truth is that throughout the last two years of their stay in office, the two houses of parliament have not cooperated.

The federal administration hasn’t launched a single development project in the area over the preceding five years, said Abdirizak Moalim Eid, a parliamentarian chosen from the Hiraan region. Other MPs said that the programs did not reach their constituents.

The $918.7 million budget for the government for 2022 represents the highest budget for Somalia since the fall of the central government in 1991.