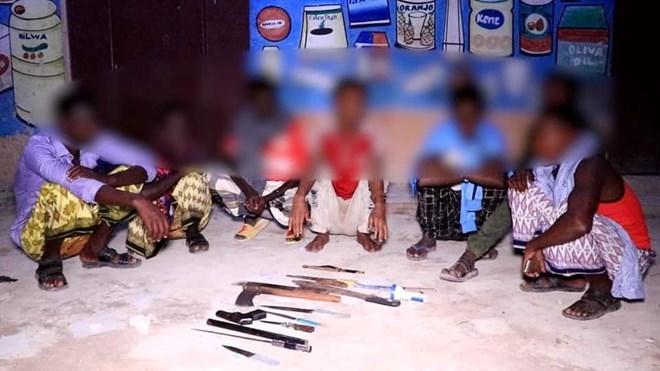 According to Somali police spokesman Abdifatah Aden Hassan, the operation took place in the districts of Howlwadag, Hodan, Dharkenley, Yaqshid, and Wadajir.

“Police have seized drugs that contribute to insecurity, and security agencies are determined to crack down on gangs and others who harm civilians. We will not tolerate people riding motorcycles at night while carrying knives and swords, nor will we tolerate parents going to the police after their children have been arrested without first preventing their children from breaking the law “He stated.

He also stated that anyone caught with an illegal firearm will face legal action from the police. The police operation comes in response to an increase in complaints from Mogadishu residents about increased armed bandit killings and robberies.

Boris Johnson resigns after party revolt, will stay on till new leader chosen