Somalia gets $470M from US as ‘ravaging drought’ wreaks havoc 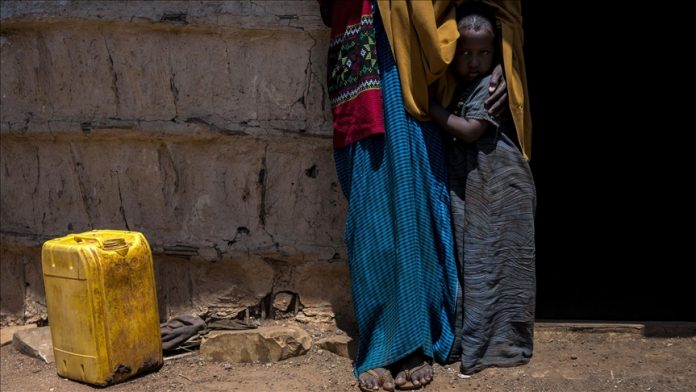 Somalia will receive $470 million from the United States Agency for International Development (USAID) to help in efforts to address the ongoing humanitarian crisis in the drought-stricken country.

The commitment was made by USAID chief Samantha Powers during a meeting with President Hassan Sheikh Mohamud in Somalia on Sunday.

During their discussions, Mohamud emphasized his government’s determination to tackle the “ongoing humanitarian and drought crisis, intensify the fight against terrorist groups and prioritize political stability, democratization and reconciliation,” according to Somali National Television.

It “comes at a time of unprecedented suffering in our country due to the ravaging drought,” he said on Twitter, adding that USAID remains Somalia’s “largest humanitarian donor.”

According to UNICEF estimates, 7.1 million Somalis, or half the population, will face severe food insecurity by the end of 2022.

Some 1.5 million children in Somalia under five years of age will be severely malnourished, its latest situation report said, a figure that amounts to around 45% of all kids in Somalia.

Powers is visiting countries in East Africa where an “unprecedented drought is pushing millions to the brink of starvation and food insecurity is being further exacerbated by Russia’s invasion of Ukraine,” according to a USAID statement.

During her stop in Kenya, she announced “nearly $255 million in additional emergency food and other critical humanitarian and development assistance.”

In Kenya, the “historically unprecedented” drought has pushed more than 4 million people to the edge of starvation, said a USAID statement earlier this week.​​​​​​​